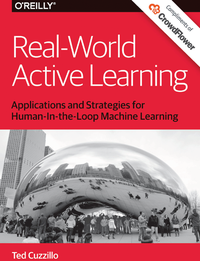 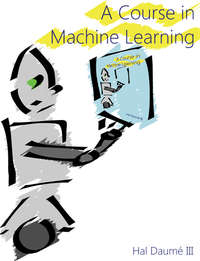 A Course in Machine Learning 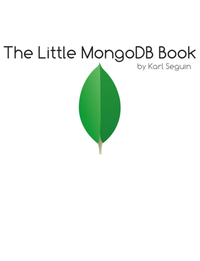 MongoDB is an open source NoSQL database, easily scalable and high performance. It retains some similarities with relational databases which, in my opinion, makes it a great choice for anyone who is approaching the NoSQL world. 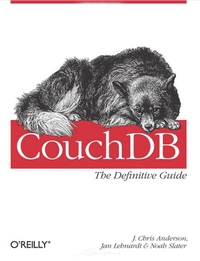 Three of CouchDB’s creators show you how to use this document-oriented database as a standalone application framework or with high-volume, distributed applications. 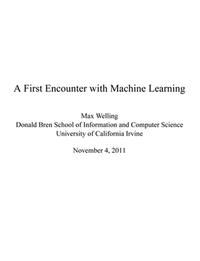 A First Encounter with Machine Learning 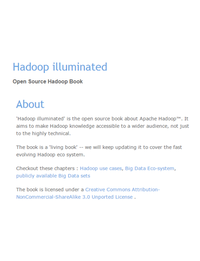 'Hadoop illuminated' is the open source book about Apache Hadoop™. It aims to make Hadoop knowledge accessible to a wider audience, not just to the highly technical. 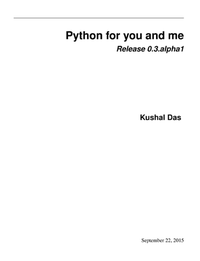 Python for You and Me

This is a simple book to learn the Python programming language, it is for the programmers who are new to Python. 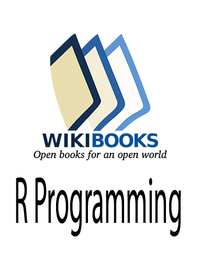 The aim of this Wikibook is to be the place where anyone can share his or her knowledge and tricks on R. It is supposed to be organized by task but not by discipline. We try to make a cross-disciplinary book, i.e. a book that can be used by all. 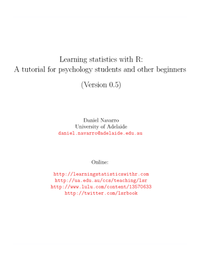 I (Dani) started teaching the introductory statistics class for psychology students offered at the University of Adelaide, using the R statistical package as the primary tool. These are my own notes for the class which were trans-coded to book form. 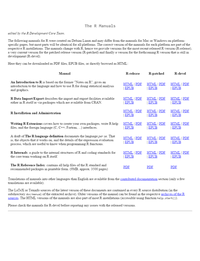